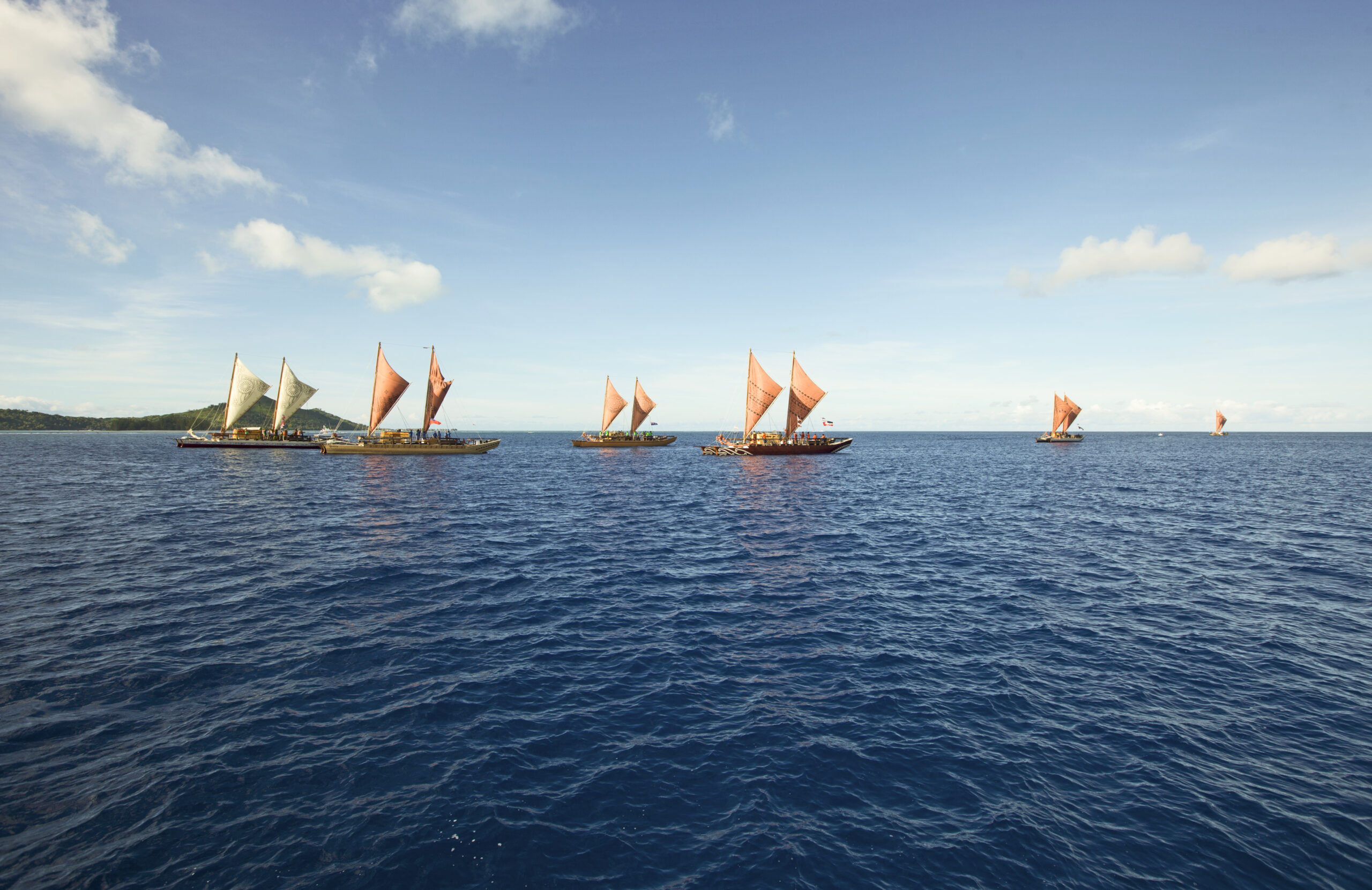 Okeanos laid its cornerstones in 2010 by developing and building a fleet of seven Polynesian catamarans, ‘Vaka Moanas’, based on traditional models. In collaboration with Voyaging Societes in the Pacific, Okeanos developed replicas of extremely seaworthy boats that had made the settlement of the Pacific possible thousands of years ago. The ‘Okeanos Vaka Moanas’ were crewed by a pan-Pacific, specially trained crew of hundreds of sailors and navigators who embarked on a two-year Pacific voyage in 2011 – from Aotearoa to Hawai’i to the west coast of the USA, and in a second part via the Cocos Islands, Galapagos, Tahiti, the Cook Islands, Samoa, Fiji and Vanuatu to the Solomon Islands.

By subscribing to our newsletter, you agree that we collect and save your email addressfor the purpose of sending you our Okeanos newsletter.You can unsubscribe at any time.Have a look at our Privacy Policy